Why Live in Spain 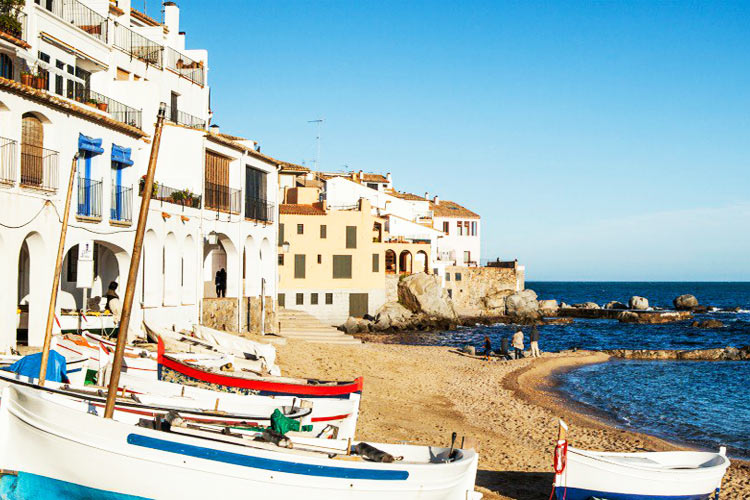 Many people aspire to live in Spain but why might this be you may wonder? We think it is largely due to a wide variety of things, including the reliably warm weather, good food and good company – after all Spaniards are renowned for having a most hospitable nature towards travellers! The winning combination of attractions also includes the fabulous Golden Sands and invitingly turquoise Mediterranean waters plus the beautiful mountain scenery. All this can be experienced together with those typically Spanish traditions – that are still kept alive – especially during some of the world’s most glorious celebrations and festivals.

Joining in with the Spanish community spirit

For those that choose to live in Spain, the opportunity to join in with their local community, by participating in many events and occasions, is a huge attraction too. Blue flag beaches, amazing historic architecture and that aforementioned breadth of traditions, that are often a joy to behold, make the country shine brightly in the hearts of those that have been lucky enough to experience Spain’s beauty at first hand. Finally, one thing the Spanish know how to do very well is to throw a party where everyone is invited! So why not dive into the life in Spain yourself, the water is lovely and warm!

A journey from the North to the South of Coastal Spain

Spain is a wonderful country offering a multitude of contrasts, depending on the village, town, city or region of the country that you are visiting. From beautiful Barcelona in the far North along the coast to Valencia and Alicante and then further down on to the famous cities of Malaga, Cadiz and Seville, there is much to explore just along the Mediterranean coastline. Indeed, the Mediterranean coast (‘costa’ as the Spanish call it) stretches for an incredible length of 1670 kilometres. In total Spain’s coastline measure in at an enormous 4,964 Kilometres!

There are many different Costa’s along this stretch of the country starting with the Cost Brava in the North, then the Costa Dorada and Costa Del Azahar down past Valencia. Around the historic city of Gandia and nearby coastal town of Oliva is where the Costa Del Azahar and Costa Blanca meet. The famous Costa Blanca splits into two distinct areas, North and South. Costa Blanca North, featuring the famous seaside resorts of Denia, Moraira, Javea and Calpe runs on down to the rather fabulously cosmopolitan Benidorm! The city of Alicante comes next, at the start of the Costa Blanca South, running past Torrevieja towards the enchanting Mar Menor with it famous Pink Flamingos wading around the colourfully pink inland sea.

Moving on now in a more South Westerly direction, next up you will find the holiday hotspots of the Costa Calida and then the Costa de Almeria. As we round the corner at the bottom of the Iberian peninsula in Southern Spain, we start to move in a westwards direction, we next will come across the Costa Tropical and then the Costa Del Sol, featuring famous towns such as Marbella, Fuengirola and Puerto Banus, and then finally on to the Costa de la Luz which runs right up to the border with Portugal.

Adventuring inland across the Iberian Peninsula

So far, that’s just the Costas along the Mediterranean Sea covered. Inland Spain also has a wealth of varied breath-taking scenery. Consider the imposing Sierra Nevada mountain range and its desert landscapes, beloved of those old Spaghetti westerns. Then, move on to the more lush valleys where the vineyards that provide Spain’s famous Wines are to be found. If you want to get ‘off the beaten track’, there are remote whitewashed villages and towns where you are sure to find some beautiful solace. Perhaps, for some, this is where the ‘Real Spain’ itself is to be found! Far away from the madding crowd, especially during the summer tourist season when literally millions of people from right across the globe descend upon this often beautiful, sometimes mysterious and more often than not enchantingly proud county.

Across to the West and North West of the Iberian Peninsula

Finally, Spain’s Atlantic facing coastline, above Portugal, consists of four major areas. These are, moving from a Westerly to an Easterly direction, the wild Costa de Morisco, the Costa Verde (yes it is beautifully lush and green), the Costa Cantabria and finally, ending near the historic port city of Bilbao within the Costa Vasca area that runs right up to the French border.

Selling Your Home in Spain

Register here! Forgot Password? Back to Login Return to Login